Yup, the w203 got it’s first wheel setup and this was indeed done with some proper equipment. Jesse at the biggest local car service center Kokkolan Autohuolto made this thing happen. Jesse is a good friend of the team and always seems to have quite a lot of knowledge, without giving him too much compliments he’s a really good professional car mechanic, the Hawkeye equipment he used was not too bad eighter…

On the rear axle, when the camber was adjusted as much as possible to the positive side there was still a little too much “bippu style” to get proper grip for drifting, which lead to some minor modifications. However this was no biggie, as Teemu said it “This is a completely normal operation and almost a daily routine for every guy that owns a mercedes with an Aristo rear axle.”

When the wheels pointed towards the desired direction and even in the desired angle, we measured up the lock angle and got 63 degrees, this should be enough, we we’re aiming for 70 degrees but there is simply not enough room.

We can also announce that the car weighs 1466kg with Teemu in the drivers seat, a full tank of diesel and doors open? The only thing missing from the equation is the NO bottle.

The cars battery, which have been giving us some trouble last season has also been changed, BIG THANKS TO AKKU-TEHO MARINE FOR THE BATTERY! If you reside in Kokkola or nearby and should ever be in need for anything to your boat, like a battery or a new four-stroke honda outboard motor and anything between.

As you also might have seen the car has also seen a dyno for the first time the testing was not that good and we got 500hp at 3,9 bar boost and 700Nm at 2 bar boost. We could not get the torque at the proper boost. The main issue is the turbo, we will have to replace it to get better readings. Check out the poor video from our dynoday.

Check out the video on our youtube channel and stay tuned, a lot going on right now!

If You haven’t checked out our webshop already, go make your pre-order!

Check out tuning parts and more in our shop! Now we have new street performance injectors and 606 and 648 pistons back in stock!

The Kadett is a 5cyl om647 with automatic 722.6 transmission which is managed with the of gear controller. The engine uses our injectors and software, you can buy them from the webshop. And here’s the video; 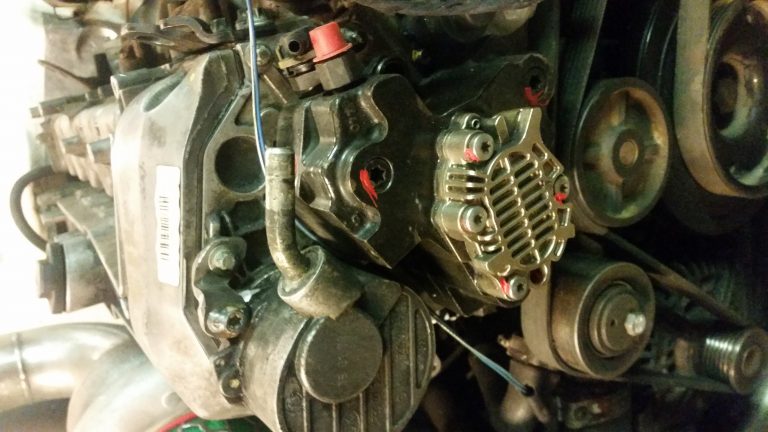 Original high pressure pump (HPP) will not be able to maintain selected pressure level if we increase the amount of fuel going it to the engine. That is why we needed to find bigger HPP. Mercedes 400cdi has one that fits our 320cdi pretty easily.  It is capable of producing bigger fuel volume at same…

Planning the cooling system and almost last fixes before primer. Check out tuning parts and more in our shop! Now we have new street performance injectors and 606 and 648 pistons back in stock!