I doubt too many out there have tried putting an om606 equipped with a Holset HX52, a eaton MP90 and last but not least a e55 AMG automatic gearbox in a w203. As we started the fitting I was quite sure we would not be able to close the hood afterwards but I was wrong. 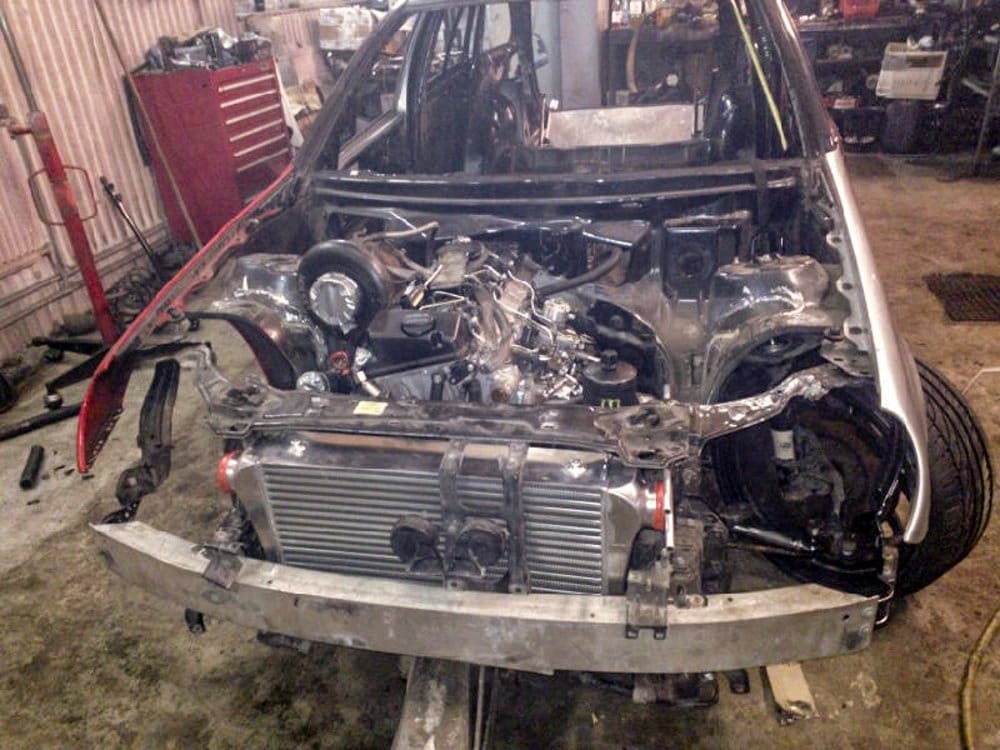 The whole fitting went quite fast and we started out simply but detaching the intake for the compressor and some hoses after which we simply dropped down the engine into the bay without cushions and POW, after a “small” cut in the hood for the turbocharger, the engine would fit perfectly into the engine bay. 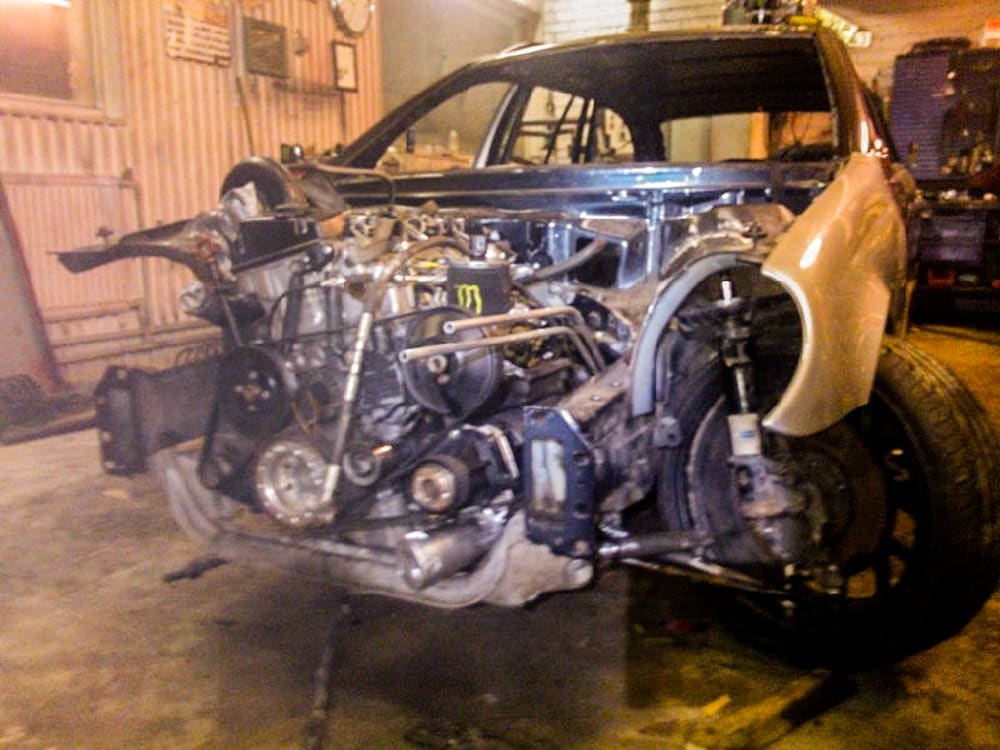 I could not believe it would fit that easily, and also with a lot of space under the hood, more than in the w123. Afterwards the guys got some shiny new cushions for the engine and the gearbox. When the engine was in place with gearbox mounts and all the next few things were making a new downpipe since it’s a very tight engine bay, also some new piping for the supercharger intake and oil cooling was made. 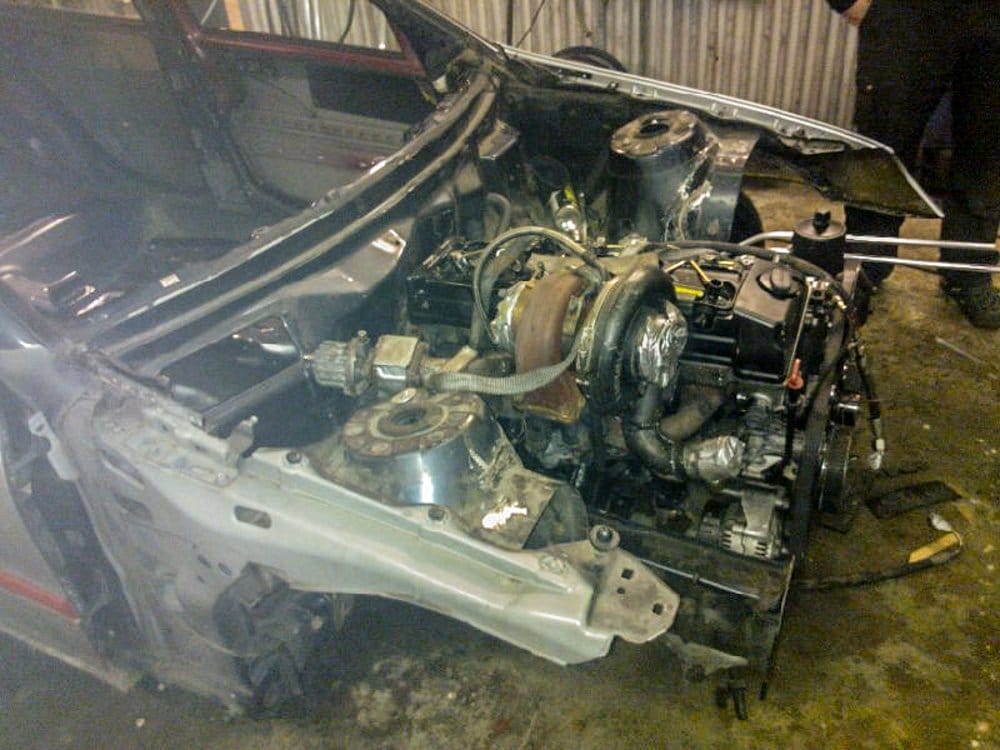 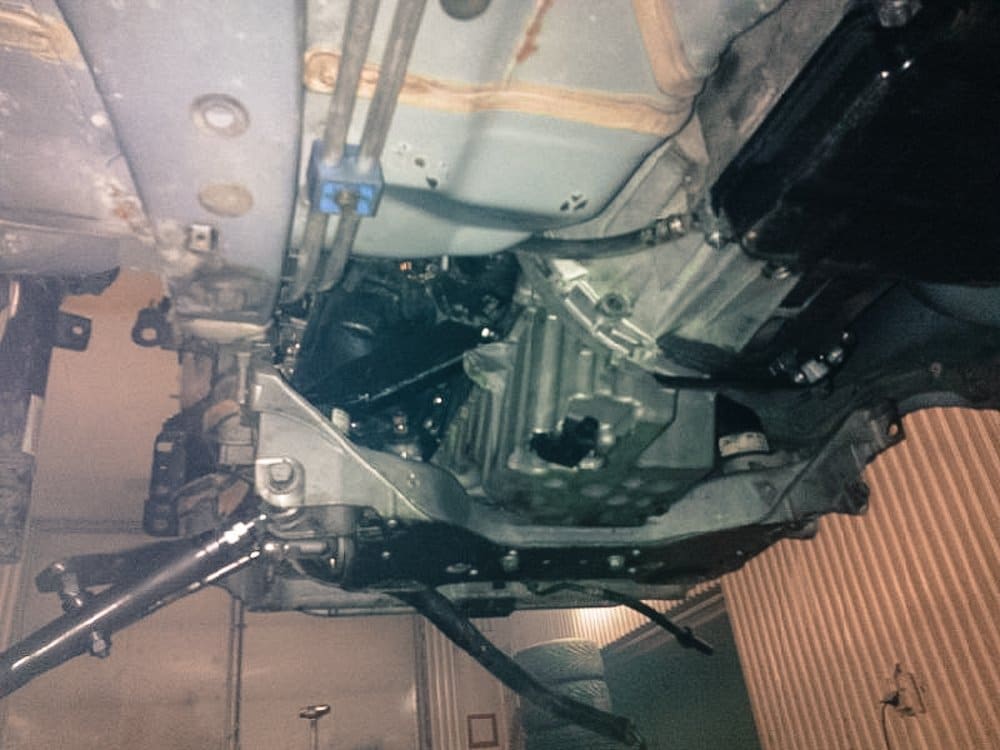 There was also room for this oversized Chinese top quality intercooler in the front which is fitted and ready to start cooling some 3,5 bars (about 50 psi) of boost. Now what clamps would take this kind of pressure? Please suggest some in the comments…