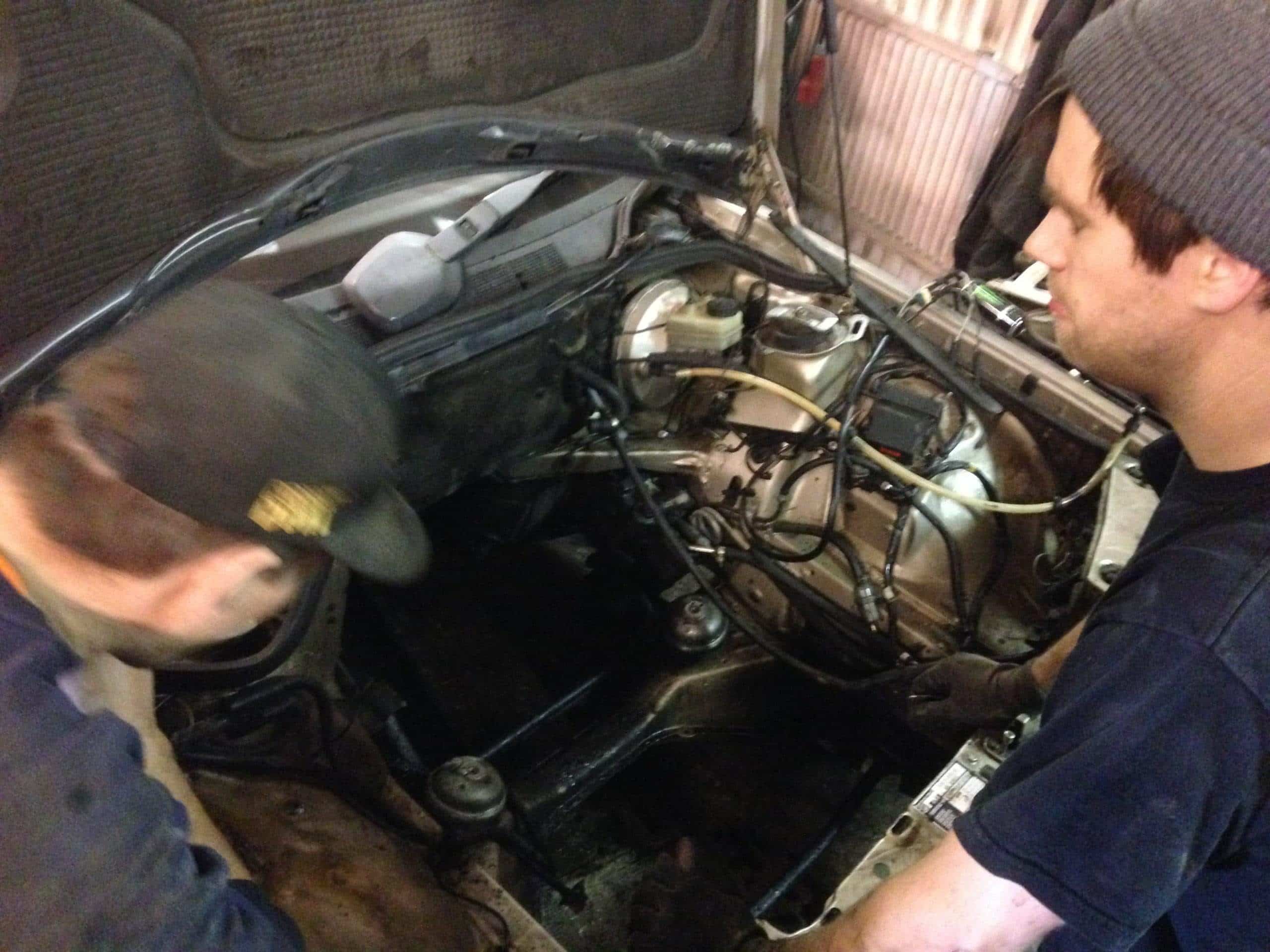 We got a new used engine for the project!Teemu found a cheap broken down (with only one broken pre-chamber) 2,5l, 20v, 5-cyl, OM605, and decided, this is what we need for the project. The guys went and got the engine and to their surprise they even got a lot of other parts in the awesome deal, alternator, exhaust manifold and so on.

In this episode we (Ville) both started and finished the cylinder head.

The cylinder head was taken apart, the valves and pre-chambers were blasted with glass beads and broken pre-chamber was fixed by replacing it with a new one.

Further Ville also fixed the valve seatings, checked that they were not leaking, grinded the valves, leveled the head and washed everything up.

During the wash Ville started talking about the new Drifter engine and we thought that we could reveal something about that too.

The new drifter engine will be based on a OM606, it will be stroked and bored to 3,4l. The pre-chambers of the OM606 head will not be present next season, they will be replaced by fitting direct injection nozzles from a Scania. The engine will have a lower compression ratio and more boost will be used, approximately 5 bars.

We hope you liked the video, everything was filmed and done in one take (about 2 hours of work). Please enjoy the video.